In 2016, The Korey Johnson Foundation is continuing and furthering its commitment to teach youth compassion and philanthropy by highlighting the importance of giving and receiving with an emphasis on giving. What only seemed like a small effort began in the year 2011 when Founder Korey Johnson overheard a disturbing conversation about the state of our youth. He decided to move pass having a conversation to being a solution to the problem when he decided to redirect the time he had invested in the past to organizing moneymaking parties for the sole enjoyment of adults. That year he asked several of his friends to donate backpacks and school supplies. A mission was was born with the distribution of 54 backpacks to youth at a skating event. Since the inception of the nonprofit foundation in 2012, it has been the founder’s desire to instill in area youth a basic principal that “those who give receive.”

Since 2012, our foundation has aimed to make this mission a continuing and growing reality by creating and annually hosting the Can Skate community event. In line with our mission, the event continues to aim at teaching students the importance of collaboration, community exchange and involvement.

The ages are from 5-13 years of age. No child will be admitted without an adult.
All donations will go to Feed My Peeps

Join Us for Our Annual Fundraiser 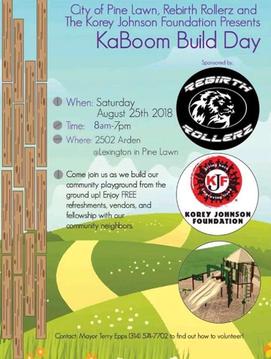 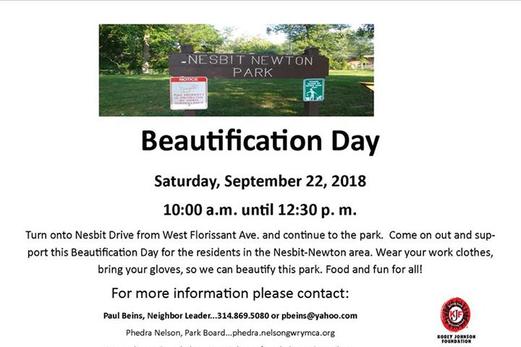 The last week of February, three St. Louis, MO non-profits held a drive to collect donated bottled water to send to Flint. They rented a 20 ft. moving truck imagining they would never fill it. Their efforts were far more successful than any of the organizers could have imagined! They had hoped to collect 1,000 cases--instead they collected far more than 10,000 cases (over 200,000 bottles) of clean drinking water.

The drive was the brainchild of Rachel Jackson, the founding Exec. Dir. of Project Compassion Belleville. Her organization teamed up with 2 other nonprofits, the Korey Johnson Foundation and Beyond Limit Productions.

As the collection drive progressed, cases of water began to pile up until the the original truck overflowed and cases were stacked outside and all around it. Not only did they have more water than their truck could hold--they had more than they could even find a place to store overnight.

As water was being loaded and the efforts were being broadcast on the radio and news stations, many Holland customers learned about the event, went out and bought cases of water and made more donations during the palletizing and loading event…sometimes pickup loads full...enough to fill another Holland trailer and a half...bringing the total count to 4 very full trailers.

Our “Trucking Moves America Forward” (TMAF) Holland trailers filled with clean, clear drinking water left St. Louis and headed to our Holland terminal in Birch Run, just outside of Flint, MI. There Holland employees pitched in again. They were there to deliver and help unload the more than 78 tons of water--mostly by hand--onto the pavement where it was sorted and loaded via human chains, unloading water, case-by-case from the trailer into waiting cars and trucks for door-to-door delivery.